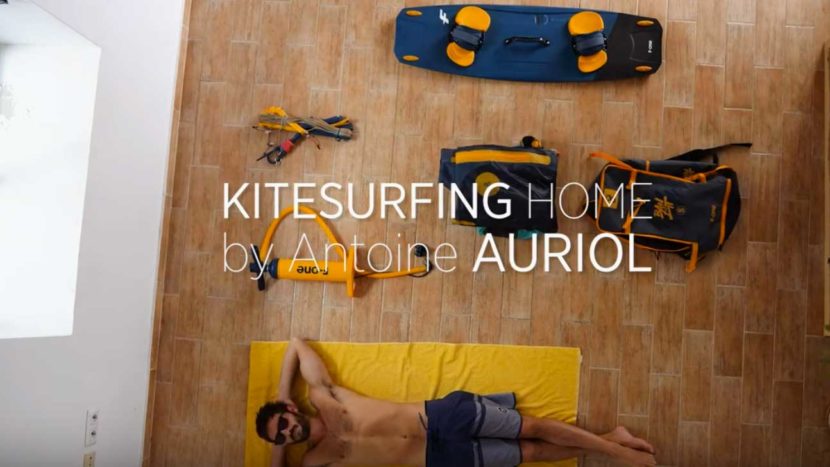 During this confinement period due to the # covid19  pandemic , Antoine Auriol, a pro on Sports , makes videos filmed in the main room of his apartment, staging either in the mountains, or as his last video in Kitesurfing on an insane  freestyle session. …

If you also make videos of Water or Aquatic Sports send them to us on blog@spotyride.com

To be continued, and especially #StayAtHome until the end of confinement so  like that we are all faster on the water !

Other Articles About Antoine Auriol on the Mag

Antoine Auriol was born in the East of France on 20th November 1984. A defining moment in his life came when his family moved to Brittany and he tasted the freedom of the sea for the first time.

In the Auriol family, sport is taken to an art form, a passion that has run in the blood for generations. Antoine showed a love for sport and a naturel talent for gymnastics; which his parents encoraged and supported. Choosing to specialise in trampoline, he quickly excelled to reach the top five in France in his age group.